The first settler in the area, that would later become known as Pataskala, was David Heron. David started living in the area in the early 1800’s. In 1805, a man named Richard Conine and his wife, Sarah came to visit the area from their native state, New Jersey. Richard liked the area so much that upon his return to New Jersey, he arranged to purchase 2,000 acres of land along the South Fork of the Licking River.

In 1821, Richard and his family returned to the area and ended up building the first grist mill. By 1850, Richard had platted out a village that he named Conine. This is what earned Richard Conine the title of “Father of Pataskala”. By the end of 1850, he had sold most of the land to Jess Stoneman Green. It was Green who ultimately put the Village of Pataskala on the map. Green had laid out lots, sold them, built buildings for businesses to use, and donated land for schools and churches.

The village received its first Post Office in 1851 along with the railroad being extended into the area. The name was eventually changed to Pataskala, which was derived from the Delaware language. The Village of Pataskala continued to grow until it was officially incorporated in 1891. It would be 12 years from being incorporated before any form of Law Enforcement would be formed inside the village. Until then, the mayor was the person responsible for levying fines against anyone that violated the village’s ordinances.

In 1903, the Village Council along with Mayor Eugene Moore created the position of Village Marshall. The position of Marshall was an elected position that would serve a two-year term. On May 4th, 1903; H.H. Nichols was the first Marshall that was sworn in by Mayor Moore in Pataskala history. The original salary for the Marshall of the Village of Pataskala was $50.00 per year. Marshall Nichols also held a job as a blacksmith in addition to his duties as a Village Marshall.

In the first part of the 20th century, the Temperance Movement began to gain steam in our nation and eventually led to the passing of the 18th Amendment of the Constitution which was Prohibition. Ohio got into Prohibition before the rest of the nation, led by the founding of the Ani-Saloon League in Oberlin, Ohio. In 1909, an election was held in Licking County to decide whether the county would stay ‘wet’ or ‘dry’. The residents of Licking County voted to go dry. The Village of Pataskala passed an ordinance on July 15th, 1910, to create a ‘Secret Service Fund’. This ordinance was to be used to hire Detectives or Secret Service Officers to enforce the Local Option Laws (Liquor Laws). This ordinance was passed just seven days after Granville Deputy Marshall Carl Etherington was lynched by a mob in Newark for serving a warrant at a saloon. 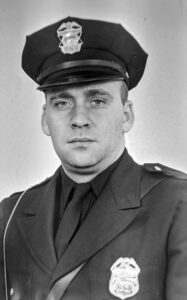 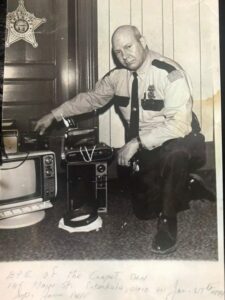 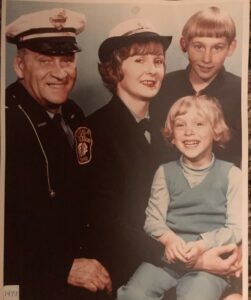